Microsoft has launched another Windows Server 2019 Insider preview build, coming in at number 17744.

A fresh Windows Server 2019 Insider preview build is now available for testers to check out. The latest release moves the build number up to 17744, but there are no new features to dive into.

1. Windows Server 2019 Preview: This release is available in two formats: ISO and VHDX. ISO is available in 18 languages, while VHDX is available only in English. This build, just like all future pre-release builds, asks for activation keys during setup. You can access unlimited activations with the keys provided below:

2. Windows Server vNext LTSC: This build is available only in English in ISO and VHDX formats.

Now, containers that access network resources with gMSA (group managed service accounts) have better reliability and scalability. This means that thanks to this build you should experience fewer authentication errors while using a single gMSA with multiple containers instances. Also, the container host name should not anymore be the same as the one you use for gMSA. And, the bug preventing gMSA from being used with Hyper-V isolated containers has gone too.

Before, the Windows Server container collection had two base images: WindowsServerCore and NanoServer. In this build, Microsoft has added a new base image to the collection — the Windows image. It contains more components than those older base images. In this way, the newly introduced image supports applications with several API dependencies.

But, how it usually happens, there always is a fly in the ointment. So, let’s have a closer look at some known build issues:

2. The attestation baseline policy generating the command Get-HgsAttestationBaselinePolicy in PowerShell yields an error…

3. If the language or locale is not US English, the Advanced Query Syntax parser will fail on the latest ServerCore review release along with Exchange’s search functionality.

4. In the cluster manager, an error of APPLICATION_FAULT_INVALID_POINTER_READ can occur for the virtual machine management service.

5. NanoServer container systems may fail if environment variables are created or modified with setxcommand. The path for setx in the registry is HKCU\Environment\ by default on an affected system. You can resolve this failure issue by either adding the registry path before using setx or by changing the variable’s storage location in the registry.

In order to download the software build, use the following links:

• Unregistered User: Go to Getting Started with Server page on the Windows Insider portal.

This was our take on Windows Server 2019 recent release. It is already available for download for Windows Insider program participants for preview and testing. So, check it out!

Remember that Microsoft appreciates your feedback. Should you find any new issues or come up with improvements, use the Windows 10 Insider device and the Feedback Hub application to share them with the tech community. Additionally, you can visit the Windows Server space to share your feedback with other users and learn from the best minds. 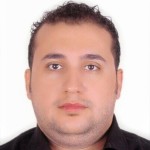 Login with your Social ID

You may have missed

How To Build a Career in the Data Analytics